Reuniting for a People magazine cover shoot for the first time since their hit TV show "Saved By the Bell" wrapped in 1994, co-stars Lark Voorhies, Elizabeth Berkley, Mario Lopez, Tiffani Thiessen and Mark-Paul Gosselaar reminisced sans co-star Dustin Diamond, who is no longer close to the cast. The rest of Bayside High's gang stays in touch after 20 years, despite each having separate projects in the works. 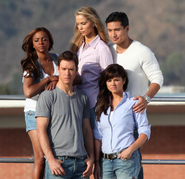 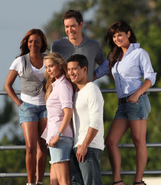 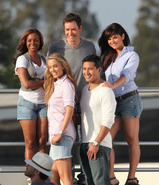 Add a photo to this gallery
Retrieved from "https://savedbythebell.fandom.com/wiki/Grown_Up?oldid=8890"
Community content is available under CC-BY-SA unless otherwise noted.